A CAUTIONARY TALE FOR VENDORS.

At the moment, I am in the process of getting ready for a band reunion gig after almost 30 years. Brilliant fun but hard work and time consuming. Some of you may remember that after my last trek back up to Northampton I discovered our drummer had tried and failed with Vaping. I returned home that time with assurances that he would visit the local Vape shop and try again. This weekend was another long journey and a chance to see how he had got on. A little background on him. He has had a few personal issues and the other band members had said how much this reunion had given him a new lease of life but nevertheless he is still at a pretty low point and financially not to well off. We went to pick him up for rehearsal and to my dismay he was smoking a rollie. When I jokingly said "whats that?" he held up a mod and tank in his other hand. He told me that the vape gear was not working for him and he was disappointed after spending nearly £90 on it, nearly £30 more than it was all worth. It was an Eleaf iStick Pico with a Melo mini tank. The tank was leaking, it was producing next to no vapour and he didn't have a clue what all the numbers on the screen meant. I stripped it down, set it up again and got it working  as a direct lung device but there was no way that as it stood it could be used MTL. The wide bore mouthpiece just would not allow it. I stuck a narrow drip tip on it and it worked reasonably. As luck would have it ( no luck involved) I had anticipated something like this and had brought a Protank mini, some coils, 2 Egos, charger and some juice. I showed him how to set it up, put some juice in and handed it to him. His face lit up. He did not have a rollie all weekend and was quite confident about it when I left. Now I appreciate that shops are there to make a living but he had been fleeced for £90, got a piece of kit that didn't work for him with no help to keep going. He also has no internet so his choice is limited. Here was a prime example of the smoker that wanted to Vape but because he did not get the help required would have given up Vaping, for the second time, and stuck with smoking. Some Vendors, not all, need to pull their finger out and take more responsibility otherwise they might just as well go back to the bootsales and sell utter shite. In 3 weeks I shall return for the gig in the hope it has worked out for him and with another bundle of kit and juice. The tear in his eye as he thanked me when I left was more reward than I could ever have hoped for.

On the subject of Vendors. The recent #LordsVapeVote has highlighted the vendor problem even more. There were a handful of vendors who went much further than required to try and help but the majority just ignored it. There is no way they did not know what was going on with the majority of Twitter users pushing it including most of the reviewers (great job people) but unless they do more to help with this fight they are going to end up out of business. Sad to say that many of them will be no great loss (Unfollow me, I have no fucks to give anymore) other than for the lack of outlets for future switchers to go to but if my mate is a good example, will it make much difference? 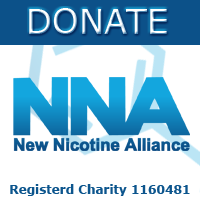